Thermographer travel's to each location so there is a 24 Hour Cancellation Fee.

If you can't afford prevention, how will you afford disease?

Click this text to start editing. This block is a basic combination of a title and a paragraph. Use it to welcome visitors to your website, or explain a product or service without using an image. Try keeping the paragraph short and breaking off the text-only areas of your page to keep your website interesting to visitors.

Can Find Infl​amation & Disease In The Body 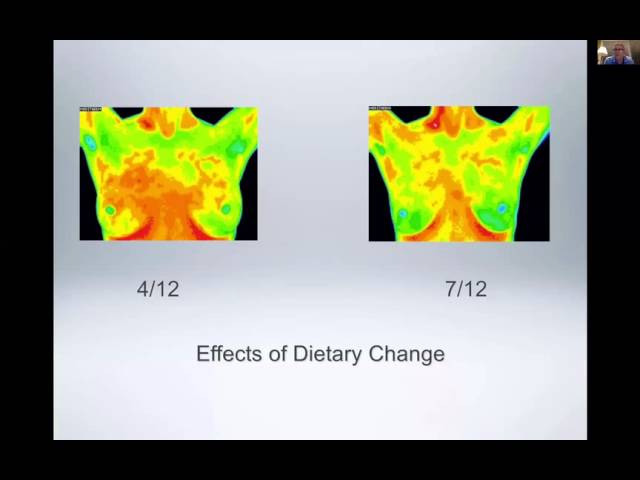 The value of thermography with radiologists, Dr. Tom Hudson and Dr. John Bartone

It appears once again, major industry defenders will remain in complete denial and do anything possible to put profits before people.

An annual mammogram is the conventional go-to “prevention” strategy for breast cancer. But researchers increasingly agree that mammography is ineffective at best and harmful at worst.

Unfortunately, breast cancer is big business, and mammography is one of its primary profit centers. This is why the industry is fighting tooth and nail to keep it, even if it means ignoring the truth.

Several studies over the past few years have concluded that mammograms do not save lives, and may actually harm more women than they help, courtesy of false positives, overtreatment, and radiation-induced cancers.

The latest study to reach this conclusion is also one of the longest and largest. As reported by the New York Times:1

“One of the largest and most meticulous studies of mammography ever done, involving 90,000 women and lasting a quarter-century, has added powerful new doubts about the value of the screening test for women of any age.

Medical DITI is the only method available to visualize and assess pain and pathology anywhere in the body and is a key tool in detecting and monitoring a multitude of diseases and physical injuries.

Medical Thermography is filling the gap in clinical diagnosis.  Radiographs, CT, Ultrasound and MRI are all tests of anatomy that measure the structures of your body.  Digital Infrared Thermal Imaging is unique in its ability to show physiological change and metabolic processes.

Early detection saves lives.  DITI is a proactive approach to breast health.  The benefit of DITI testing is that it offers the opportunity of earlier detection of breast disease than is possible through breast self examination, doctor examination or mammography alone.  Increase your chances of detecting breast cancer in it's earliest stages.

All thermal imaging scans are performed by clinically certified thermographers and all images and results are viewed and interpreted by Board Certified MD Thermologists with quality control by peer review.  Your results, complete with the reviewing MD's objective opinion and color copy of all of your thermal images are generally available with 48 - 72 hours.  The imaging and reporting procedure exceeds all HIPAA compliance.

What Is A Breast Thermograph?​

What is Breast Thermography?

Breast thermography is a 15 minute non invasive test of physiology. It is a valuable procedure for alerting your doctor to changes that can indicate early stage breast disease.

DITI’s role in breast health is to help in early detection and monitoring of abnormal physiology and the establishment of risk factors for the development or existence of pathology, whether benign or malignant. When used adjunctively with other procedures the best possible evaluation of breast health is made.

Thermography can detect the subtle physiologic changes that accompany breast pathology, whether it is cancer, fibrocystic disease, an infection or a vascular disease. Your doctor can then plan accordingly and lay out a careful program to further diagnose and /or MONITOR you during and after any treatment.

The very significant vascular activity in the left breast justified clinical correlation and kclose monitoring which returned an opinion of fibrocystic changes taking place. These changes can be monitored thermographically at regular intervals until a stable baseline is established and is reliable enough for annual comparison.

This is the specific area of a small DCIS. We can see the vascular feed and the discreet area of hypothermia that is displacing the surrounding hyperthermia.

Thermography is a painless, non invasive, state of the art clinical test without any exposure to radiation and is used as part of an early detection program which gives women of all ages the opportunity to increase their chances of detecting breast disease at an early stage. It is particularly useful for women under 50 where mammography is less effective.

Thermography's role in breast cancer and other breast disorders is to help in early detection and monitoring of abnormal physiology and the establishment of risk factors for the development or existence of cancer. When used with other procedures the best possible evaluation of breast health is made.

This test is designed to improve chances for detecting fast-growing, active tumors in the intervals between mammographic screenings or when mammography is not indicated by screening guidelines for women under 50 years of age.

All patients thermograms (breast images) are kept on record and form a baseline for all future routine evaluations.

This patient's thermograms have remained stable for two years. These patterns are like a thermal fingerprint which will only change if pathology develops.

With the new ultra-sensitive, high resolution digital infrared cameras available today a technology that has been developing over the past 20 years is now becoming more accessible.

Thermography as a physiologic test, demonstrates heat patterns that are strongly indicative of breast abnormality, the test can detect subtle changes in breast temperature that indicate a variety of breast diseases and abnormalities and once abnormal heat patterns are detected in the breast, follow-up procedures including mammography are necessary to rule out or properly diagnose cancer and a host of other breast diseases such as fibrocystic syndrome, Pagets disease, etc.

Canadian researchers recently found that infrared imaging of breast cancers could detect minute temperature variations related to blood flow and demonstrate abnormal patterns associated with the progression of tumors. These images or thermograms of the breast were positive for 83% of breast cancers compared to 61% for clinical breast examination alone and 84% for mammography.

By performing thermography years before conventional mammography, a selected patient population at risk can be monitored more carefully, and then by accurately utilize mammography or ultrasound as soon as is possible to detect the actual lesion - (once it has grown large enough and dense enough to be seen on mammographic film), can increase the patients treatment options and ultimately improve the outcome.

It is in this role that thermography provides its most practical benefit to the general public and to the medical profession. It is certainly an adjunct to the appropriate usage of mammography and not a competitor. In fact, thermography has the ability to identify patients at the highest risk and actually increase the effective usage of mammographic imaging procedures.

Until such time as a cure has been found for this terrible disease, progress must be made in the fields of early detection and risk evaluation coupled with sound clinical decision making.

Thermography, with its non-radiation, non-contact and low-cost basis has been clearly demonstrated to be a valuable and safe early risk marker of breast pathology, and an excellent case management tool for the ongoing monitoring and treatment of breast disease when used under carefully controlled clinical protocols.

Who Should Have A Breast Cancer Test?

Men and women can benefit.  For reasons not fully understood yet, male breast cancer patients have a poorer outcome compared with female patients when matched with stage at diagnosis.  Men can use thermography in which can indicate early stages.

All women can benefit from DITI breast screening, particularly younger women (30 - 50) with denser breast tissue. This adjunctive test can provide a 'clinical marker' to doctors or mammographers that specific areas of the breast justify close examination and correlation with other tests. It takes years for a tumor to grow thus the earliest possible indication of abnormality is needed to allow for the earliest possible treatment and intervention. DITI’s adjunctive role in monitoring breast health is to help in early detection and monitoring of abnormal physiology.

The faster a malignant tumor grows, the more Infrared radiation it generates. For younger women in particular, results from thermography screening can lead to earlier detection and, ultimately, longer life.

Doctors do not yet know how to prevent breast cancer. However you can increase your chances of detecting breast cancer in its earliest stages by understanding the need for, and participating in an early detection program that include.

- Mammography, when considered appropriate for women who are eligible for screening.

- Breast thermography as an adjunct for women of all ages.

- A regular breast examination by a health professional.

- Personal awareness for changes in the breasts.

- Readiness to discuss quickly any such changes with a doctor.

Only about 20 percent of biopsied breast lumps are cancerous. And, if cancer is found early, there are choices for treatment. With prompt treatment, the outlook is good. In fact, most women treated for early breast cancer will be free from breast cancer for the rest of their lives.